This website is operated by H. Young (Operations) Limited. It uses cookies and other similar technologies to collect information about how it is used and what users’ preferences are. This information helps us provide users with a better browsing experience and improve how our website operates and the services available through it. For more information, see our Cookie Policy.

How to cope with coloured water

Days when river conditions are absolutely ‘spot on’ are few and far between so unless you are one of the fortunate anglers who can head out fishing at the drop of a hat. The majority of us however, have to cope with what they are faced with on their chosen day and it can be offputting when things (by ‘things’ I mean weather) get in the way!

It’s not just me, most of the people I talk with feel the same; when a river is flooded and coloured up, anglers are instantly put off, it’s just the way it is! Floods can happen fast, with heavy rainfall spilling from banks and tributaries, dislodging sediment and other less desirables debris, which eventually end up in the river. The river rises and colours quickly. Increased suspended solids means less light penetration. Dirty water means less visibility for the fish to feed in, hence it becomes harder to catch them.

I remember fondly a trip to Ireland to fish the River Blackwater at Kells. I was told by my local host that there’d be no point in fishing the river at that height. It was up about three feet and overflowing onto the banks and into the adjoining fields.

I chose to fish it, time was short and we had a magazine feature to shoot.

I fished in the back eddies, created by the fast water flowing past the bridge stanchions and I caught far more trout than I thought was possible. Fish after fish, succumbed to my heavy nymphs, there were loads of them held up in these small pockets of water. My guide looked on in amazement; to be honest, I’m not sure who was more surprised at the success I was having, him or me?

I feel that there are occasions where coloured water can help us more than we think, especially during the warm summer months when the water is usually so low that it’s hard to get anywhere near trout or grayling without them spooking. The lack of visibility means the trout can’t see you and as a result you can get up close and personal!

So what about floods? I was faced with a coloured and thinning (yet still high) River Derwent on a recent trip, where it had rained overnight and the effects were immediately obvious for me when I arrived. I felt rather despondent but given the fact that I’d drove for two hours to get there, I’d knew I had to give it a go! Fishing with me was my mate and Wychwood angler Glen Pointon. Glen loves a bit of dry fly fishing but on seeing the river he immediately turned to me and started begging for nymphs; “I’ve no nymphs with me” he implored. Good start, not even set up yet and a box of flies had already left my waistcoat!

When the water is coloured like this my number one approach is to nymph. I like a long and soft-actioned rod, 10ft in length and it has to be a 2w or 3w rod, as there’s no real casting to be done, it’s more a case of 'lobbing' the flies. Fly line isn’t used, it just sits on the real in effect. I use nylon or braid, although mainly Wychwood Bugging Braid these days. Both of these thin materials will cut through the water and allow the flies to fish properly; fly lines on the water’s surface get pulled this way and that and affect the way the flies are fishing, so not good!

I like to use three flies spaced equally apart with the heaviest going on the point, that way I can cover the water column from top to bottom. Tippets should be thin, Wychwood's 4lb Ghost Mode being my favourite.

It has to be said that often in coloured water the fish will have their heads down, so point fly and the next dropper up tend to take the lion’s share of the trout and grayling.

The patterns that I use when I’m faced with such water conditions are different to the normal approach employed in low summer levels. Forget about going close copy and semi-imitative flies, you want your fly patterns to stand out. There are few ways of doing this, size being the first. On most summer levels the types of flies you’d normally be using get lost in a big water, so dispense with the small 16s, 18s and 20s, think about beefing the flies up a tad. I like to use 10-14s, I’m also a fan of using patterns that have a contrasting body and thorax area. In fact, at times I’ll even have the whole fly tied with really dark materials, often black hues, they just have a far better silhouette when they are tumbling through the murk. These kinds of flies have real good chance of being picked out in the gloom.

The other option is to add a real trigger point in the form of flash or even colour. These two options can be added either as a tail rib or, and it’s often the easiest way, a bead at the head of the fly. As with most fishing, certain colours seem to work better than others; for me its red, orange and yellow.

You need to make sure that you carry nymphs in various weights too; a lightweight nymph is never getting near the riverbed in a flood, no matter how far upstream you cast it. I like to use tungsten beads from 4mm down to 2mm, and these are often more than capable of doing the job!

'Gridding' the water is an essential that all river anglers should work on. To fish in this way is simple; look for water with a steady pace, between knee and waist deep is ample becasue any deeper and you start compromising your safety and to be honest, it’s rare to find fish lying any deeper water that are actually feeding! It’s then just a case of pitching the flies upstream of your position in the water, so if you're standing straight in the water facing a 12 O’clock position, you pitch the flies 20ft upstream to the 9 O’clock point and let the current fish the flies down through to the 3 O’clock position. Keep your eyes fixed on the loop of line from your rod tip to water; if it tightens, straightens or moves in any way that’s out of the ordinary, strike!

You can use an indictor, either an attachable one or a length of coloured nylon, if it’s something that’s easier to track. If you’ve had no takes, once the line has tracked around to the 3 O’clock position and you feel your flies rise in the water, flick your wrist, and this will lift the rod tip. The reason for this lift is so that you create a kind of small strike, when the flies lift I the water it’s a crucial taking time, so this flick will often see your rod bend into solid resistance as you find yourself connected to a fish!

That it! It’s that simple. Do that a few times in the same area and if there are no takes forthcoming, take another step further into the river, basically covering all the fishable water that you need to. If no fish are located then move on and find the next likely looking area and start again.

In big rivers, once you hook a trout or grayling, it’s very important that you quickly gain control of the situation. If you hook a fish in flooded river and you let it get out into the main current, it’s a tough job to try and get the upper hand, even more so with a good fish on a light rod.

If I register a take, I immediately look to get side strain on the fish, pulling it away from the force of the main current and into the slack near the sides. If you’re wading rather deep then you can still do the same and try and pull the fish into the slack water created by your body. It’s far easier playing out fish and netting them in slack water than trying to force them up to the net against a strong flow! Take your time; slow, steady pressure will see you win the battle, and don’t get panicky, trying to bully the fish this way and that, as it’ll end badly!

Don’t be sacred of tackling coloured water. Fish in the manner outlined here and take every precaution to ensure that you stay safe and most of all, enjoy it - good luck! 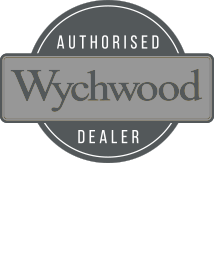